I normally dont share my dreams with anyone, much less with the world. But, this was a different kinda dream in that it was about electric energy. Im a girl, Im not an electrician, I dont know why I would dream about it. However, when I looked up the information from the dream on-line, I was shocked to learn that it might actually work. So, here it is:

I was shown that electric was generated naturally using the alkali ponds, somewhat like the solar pond used in Isreal today:http://www.motherearthnews.com/renewable-energy/solar-pond-zmaz80mjzraw.aspx#axzz39WVMSEB

Electric was also created in the small alkali ponds themselves. If I am correct the same principal above would apply. look for two separate metal ores, being funneled into a direction like a simple homemade salt water battery, follow it and you will find where they lived. Many of the ponds were created to be beautiful such as the bee pond. However, I think if soil samples were taken, it too would be configured with metals to generated electric. Below are examples of ponds. I was also shown that in the middle of the ponds are enclosures, A vinegary, solution was poured into them and would jump energy production. 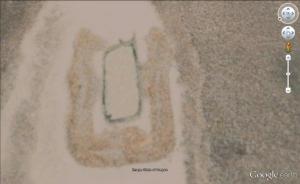 Bottom of a pond. Notice the detail in the Bees.

Im very reluctant to share this part of the dream, because it seems soooo weird to me, but just in case, there is some truth then it should be known. I was shown that the tree of life images below are schematics: For instance, the feet are in the shape of the glyph for lapis lazuli, If the clothing, jewelry, headdress, ect of the beings in these pictures were broken down and individually compared to Egyptian Hieroglyphs, a story or schematic would emerge. Many are alchemy symbols. The pinecone in the hand, is a magnetic load stone. If time allows I will go back through my notebooks and show the breakdown of glyphs and compare them to the Egyptian glyphs.
I was also shown that the buckets contained sodium Chlorite, and was used as a Bagdad Battery. The little flowers on the center piece, had rotating magnets. The lines are a series of wires. Energy would be funneled up into a “lightbulb” of sorts.

The bucket pic was downloaded from an auction house, it was listed as an ancient annunaki water bucket. Notice that it is made with one type of metal and coated with another type of metal? If salt or sodium chlorite were poured into this bucket, it would produce electric. 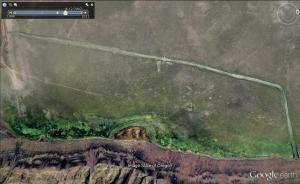 One response to “Electric Generation”